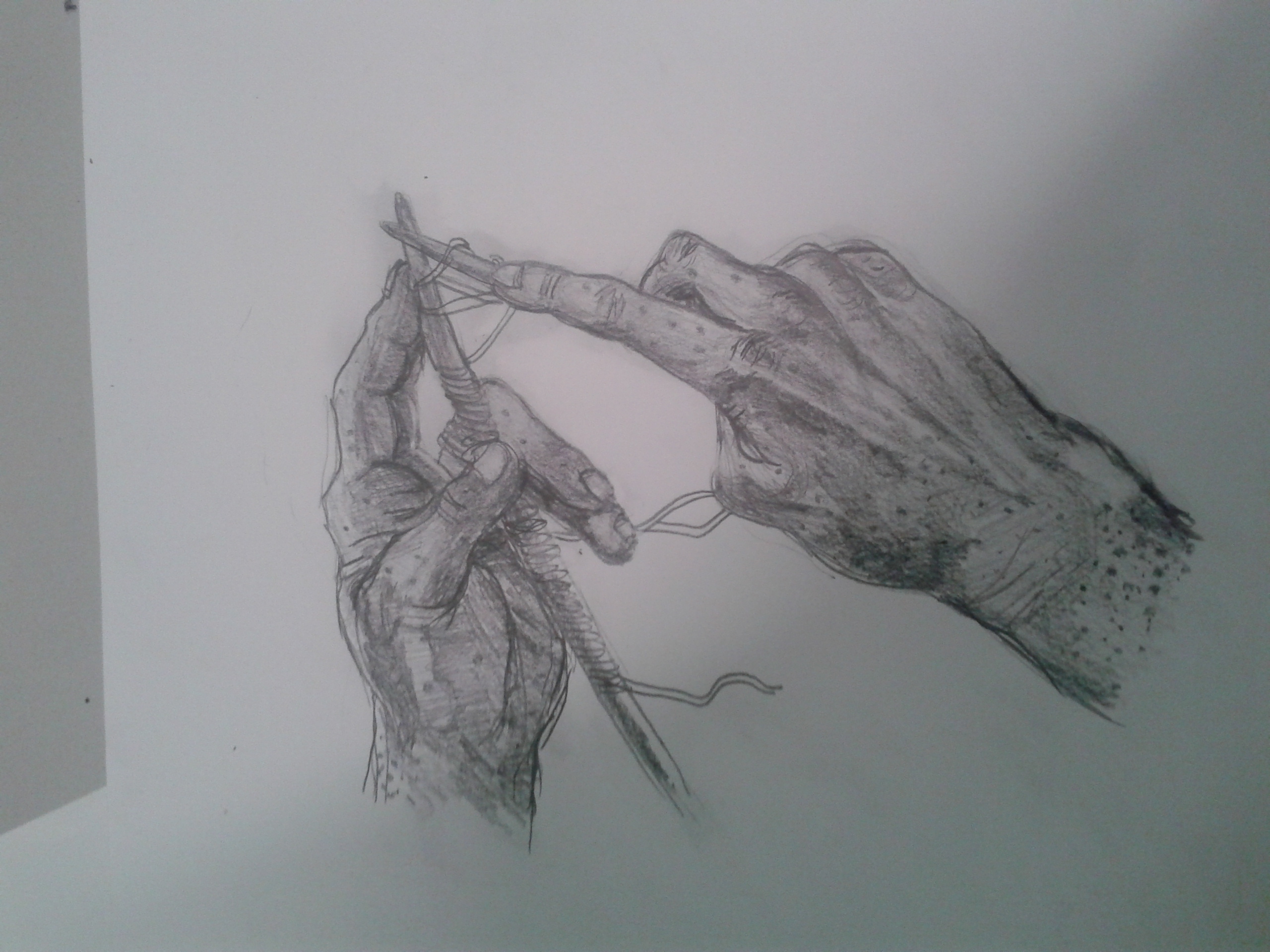 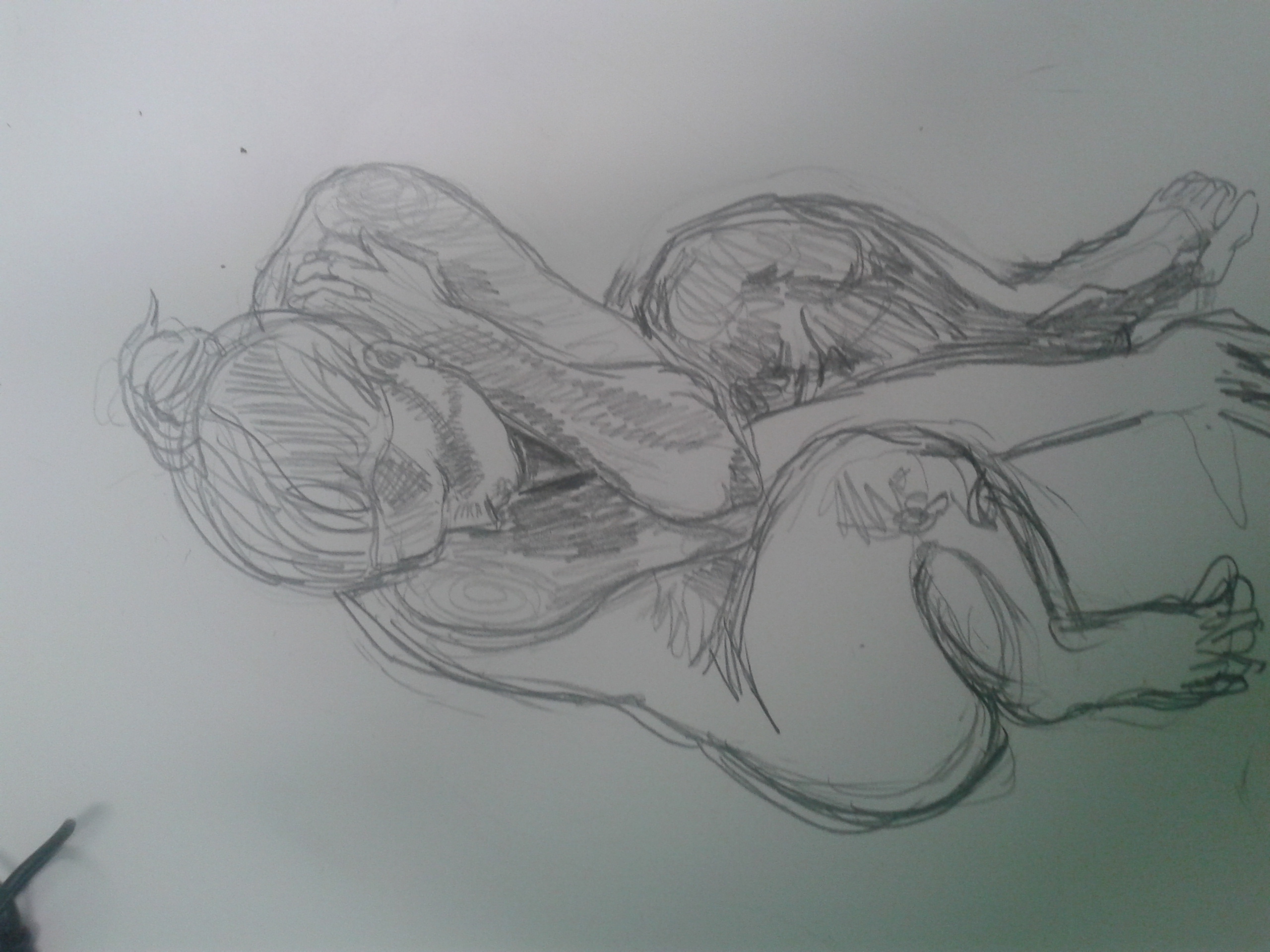 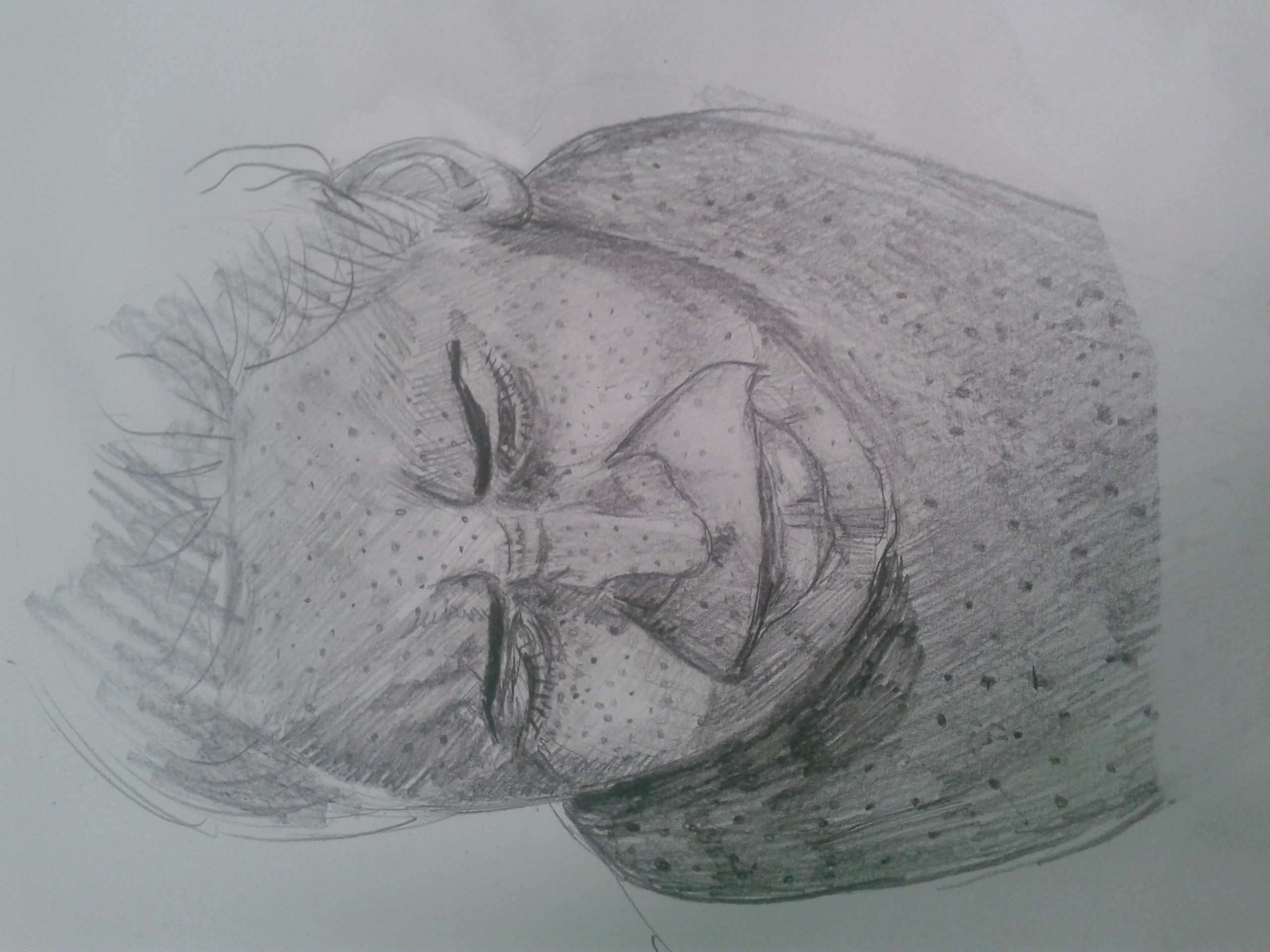 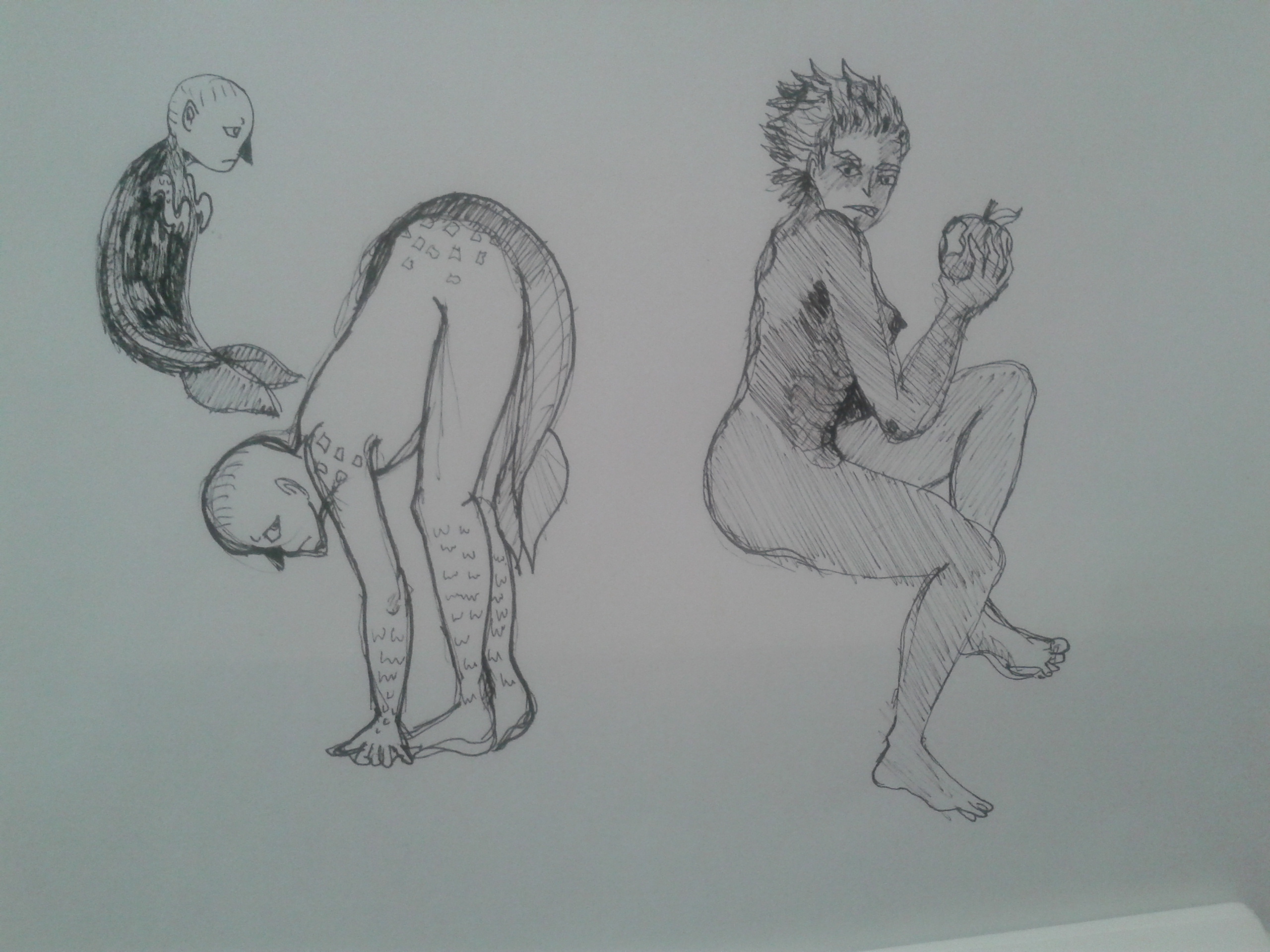 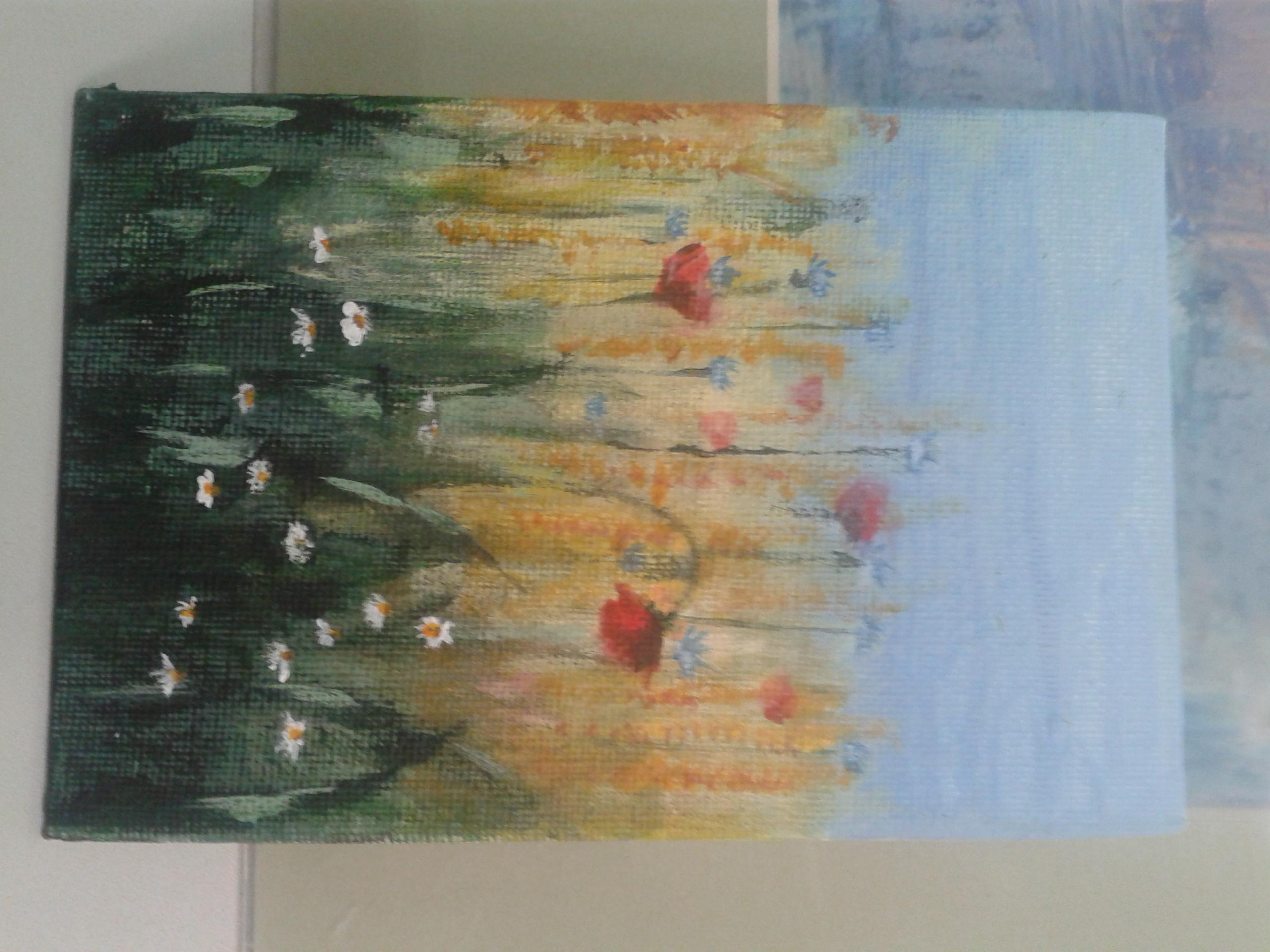 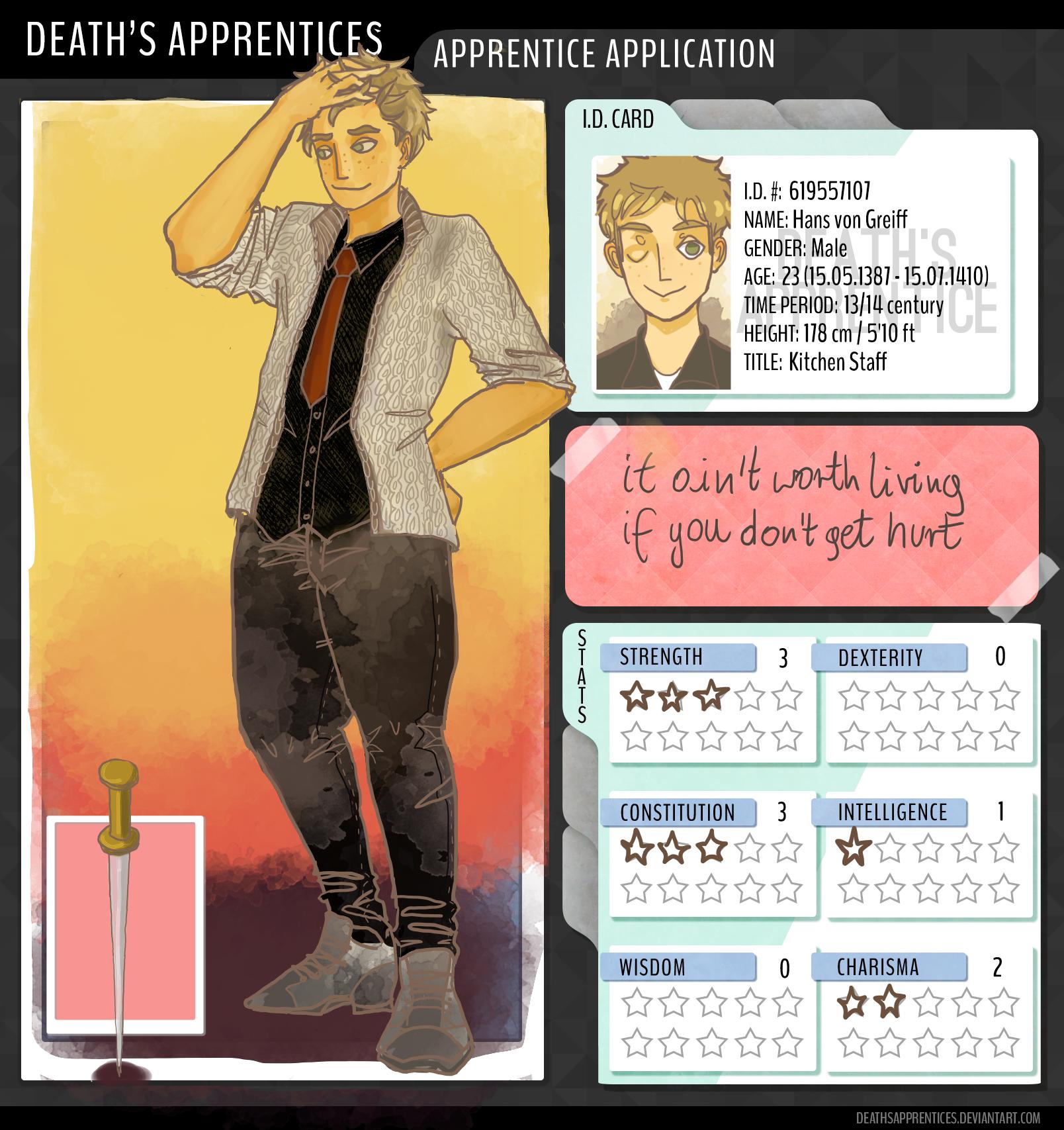 Name: Hans von Greiff
Gender: Male
Age/ Birthday: 23 ( 15.05.1387 )
Height: 178 cm / 5’10 ft
SA Level: 3 - You need to focus hard to see threads, though they look like actual threads now when seen.
Title/Job: Kitchen Staff
Cell Phone: Samsung Galaxy S6 with broken glass. He stomped on it by accident.
Weapon of Death: misericorde - long knife used to give ‘the mercy stroke’. Hans, as a knight had it always hanging on his belt during the battles. When he was seriously wounded, one of his comrades gave him a final blow with misericorde.
The one which belongs to the Teuton is made of steel with copper on the pommel. It’s easy to cut threads with its sharp edge.

HP: 18
STR: 3 - Thanks to training duels Hans is not a weakling. He doesn’t use force on other people without serious reason though
DEX: 0 - His dexterity is on the average level, even a bit below. He can’t use distant weapons, doesn’t run too quickly, doing bridge excersise is his limit of flexibility
CON: 3 - Hans’ healthy lifestyle gave him lots of profits: some muscles, ability to don’t get tired easily and natural protection from sickness.
INT: 1 - This guy has not problem with memoring names and dates. It’s natural for him to adapt into almost every kind of situations
WIS: 0 - Thanks to being farsighted when he was alive, Hans had problems with reading. Years of being closed in the Order also weren’t good for sophistication.
CHA: 2 - Maybe not a heart-breaker but some people finds him charming. He speaks fluently and has an empathy.

Hans is very loyal towards his allies. He chooses one side of the conflict and only really strong arguments can make him change his mind and behaviour for the other side.
He also always speaks his mind, even if he regrets it later because he’s too critical for himself: after his own death he blames himself for being stupidly cruel, even if its not the truth. When it happens, he becomes melancholic and isolates himself from the other people. From self-destroying things, he’s also not assertive and often can’t say ‘no’.
Hans acts impulsive from time to time, for example confessing love too fast and get bored after short period of time, so he seems as emotionally unstable. Sometimes he’s really clueless, for instance he doesnt get the point of quite obvious situations. Since always he was very clumsy: he was slipping on the mud, often he doesnt realize how dangerous the situation is and in stressful events he starts to laugh. Hans has got strong sense of justice and shows his own way of empathy: when cutting threads he gets very emotional.

Obituary:
On the 15th July 1410 AD young knight of the Teutonic Order, Hans von Greiff has died in the battle with final blow into his heart.

Biography:
In the 80’s of 14st century two people met on the market place in Marienburg. She dropped a small bottle of perfumes, he catched it. After short period of time Gertrude and Heinrich got blessing from the bishop. They both came from impoverished nobility but Gertrude’s family roots were more influental in the past so young couple took the name of her ancestors, ‘von Greiff’.
Hans von Greiff, their first son, was born in the middle of May 1387 AD. Later they had other kids but almost all of them died from the bad hygiene - only him and little Maria survived.
Heinrich got into debts. Situation between the Teutons territory, in which Marienburg was included, and Polish-Lithuanian Union was getting dangerous. Family was getting poorer and less valued in the social label. Finally Gertrude stated: “To raise our family status we should give our son to the Order”. And by that she meant the Teutonic Order.
So, on the age of 10, Hans went under Teutons’ care and kind of brainwashing. Boy easily adapted to the new situation, but he wasn’t allowed to talk or look on the females, including female members of his family. It was a bit confusing for them because Hans didn’t wov in front of any Master.
When you are a kid even slight difference of age makes you feel a little uncomfortable when you deal with the older ones. Same was with Hans but he succesfully befriended two boys who came into the Order two years before him. Both of them were mean and tried to bully Hans, as he realized much later, but young Teuton-gonna-be didn’t oriented at all. He grew up in weird atmosphere full of fight for attention. His biggest dream was to get discovered and to get to the battle crew.
Boys were under care of old Master who was one of the very few persons that never got Hans’ trust. Though the other newcomers adored him. Once the Master got poisoned by one of his adepts and this situation made atmosphere on the youngsters unit even worse. Happily, few weeks after Hans’ 16th birthday, Hans’ dreams came true: the council of Masters agreed that he is ready for vows - he kneeled and swore in front of God that from now he’s gonna pray every day and night, live in purity and fight for the glory of Virgin Mary. Fresh-made Teuton was religious but not fanatic and things that he cared the most were fame of great warrior and simple joy of being among the knights.
On the feast (these were organized on every kind of occasion) in the evening of the day Hans vowed purity, he discovered girls. They were working in kitchen, against the rule that he remembered: no women under 60 inside the castle. Hans immedientally fell in love with one of them. Though he was drunk, he still was innocent and felt ashamed when he only took a peek on her body. Later he met nurses and only one of them was old and unactractive. It seemed that the rules weren’y strictly obeyed.
Half year later there was occasion to fight: someone heard about Polish-Lithuanian union getting to claim the Teutons teritory. It became Hans’ first battle and it was the first time when he killed a man. At first he became very excited and was obsessed: the enemies are evil and they have contacts with Satan! When the both of sides were ready, Hans got into a duel. It was all done in honorable way, the enemy was a young Lithuanian, older only by few years. It was a very weird situation, they even talked before fighting with each other. Strange but, as he heard later, not so uncommon. His beliefs about pagan enemies broke.
The victory made everyone believe more in the undeafibility of Teutonic Order. Brothers, with Hans included, became even more cocky than before. And it was like that on every another battle. Until the day Hans died.

It happened in the very middle of summer, exactly 15th July 1410. Hans was 23 years old and it was best moment in his entire life: he was secretly seeing a girl in Marienburg. They promised each other love and she even gave him a handkerchief for good luck… Now little group of Teutons, few men from Czech and a group of Silesia’s warriors - friends of Hans - were melting inside full armors. They were sitting in the shadow of big oak. Everyone smelled awfully and stress was eating them from the inside. “Hey, we’re on the winning side, Teutonic Order is undefeatable!”, yelled one of them to cheer up the others. Being with all these friendly men made Hans feel great. With happy smile he wore iron helmet on his head. Soon, the battle of Tannenberg started. Hans sang, or rather yelled, religious victory song with other knights. In exchange they heard a loud song from the other side of field. When he got an order, Hans von Greiff moved on, praying for more self confidence. But young Teuton didn’t survived the battle of Tannenberg.
He watched all comrades who were close to him die from the hands of Tatars. Desperately fighting back, he noticed a noble man on a horse. The Tatars went forward. crushing their enemy’s strategy. Noble man silently pierced Hans armor and chest. Then left him, not caring about finishing him off. “Not like this, please, not like this… let it be someone who at least cared to know my name…” After about 15 minutes of lying on the ground, one of his allies shown some kindness and pierced Hans’ heart with misericorde. Eyes of Teuton went stall.

Comforting scent of chrysantemums woke him up. What a difference: no odor of horses’ and warriors’ sweat, no blood everywhere. Also it was warm but not so terribly hot like… like when? Last thing he remembered before the chrysantemums was the temperature, odor and dirt. Quickly Hans reminded himself everything. Oh God, is this heaven? Field of chrysantemums… these flowers don’t have a positive symbolic… they don’t represent eternal life in fame but death. And Death was standing in front of him. She greeted Hans and introduced herself. Hans blinked few times and bowed with lots of respect. Death informed him about his new duties and style of existence and Hans forgot immadentialy about any bound with life, deciding to be an apperntice. It was a little bit ashaming, meeting people from every part of the world and time and before his first order he had time to think about his past.

Extra:
During the summer there are freckles on Hans’ face and he doesn’t really care about that. 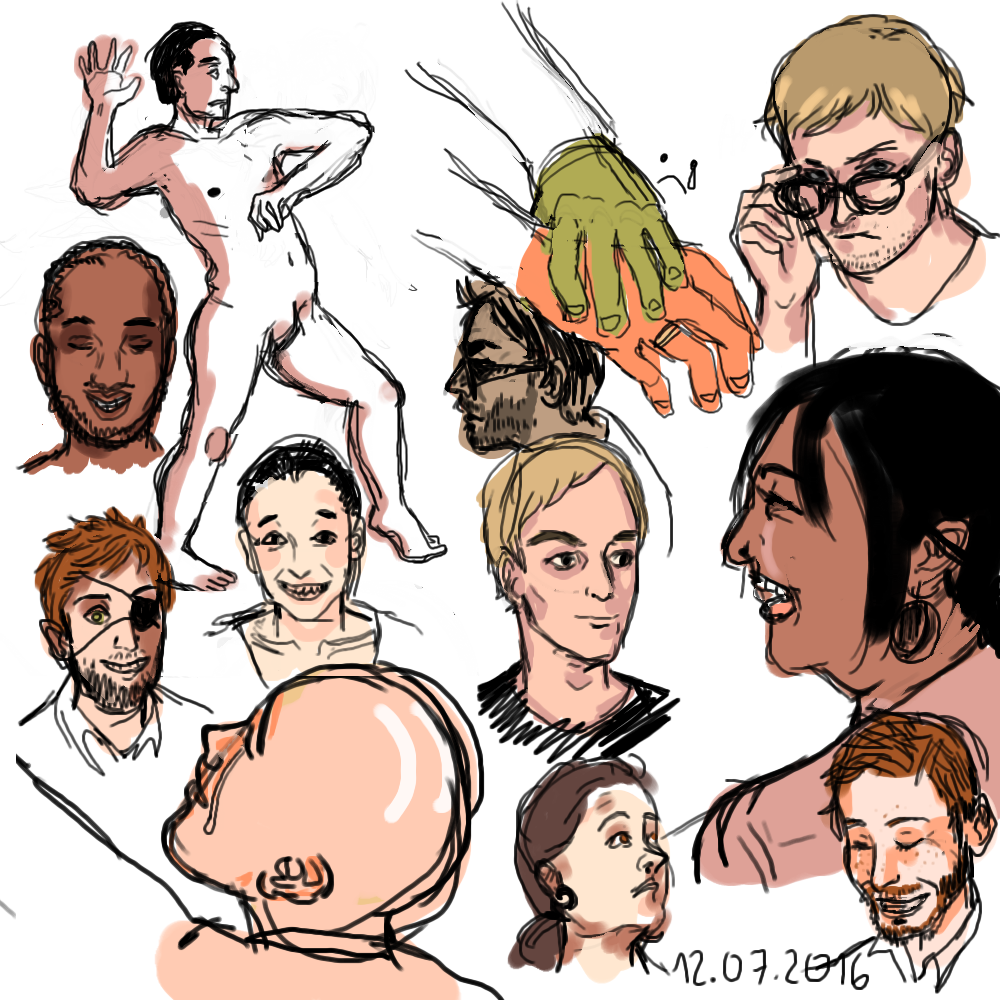 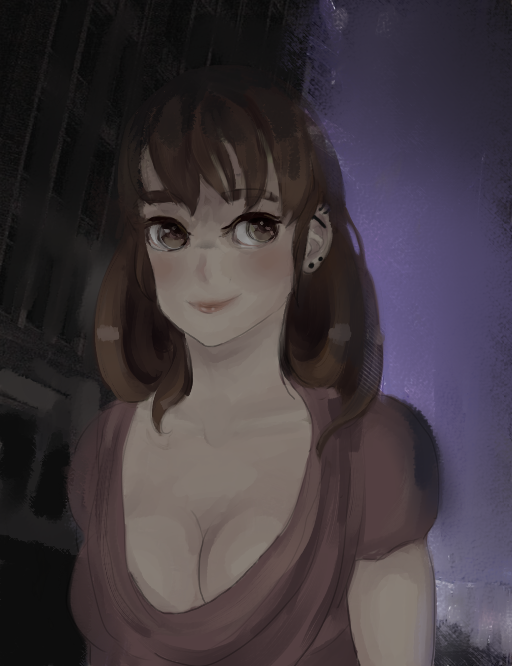 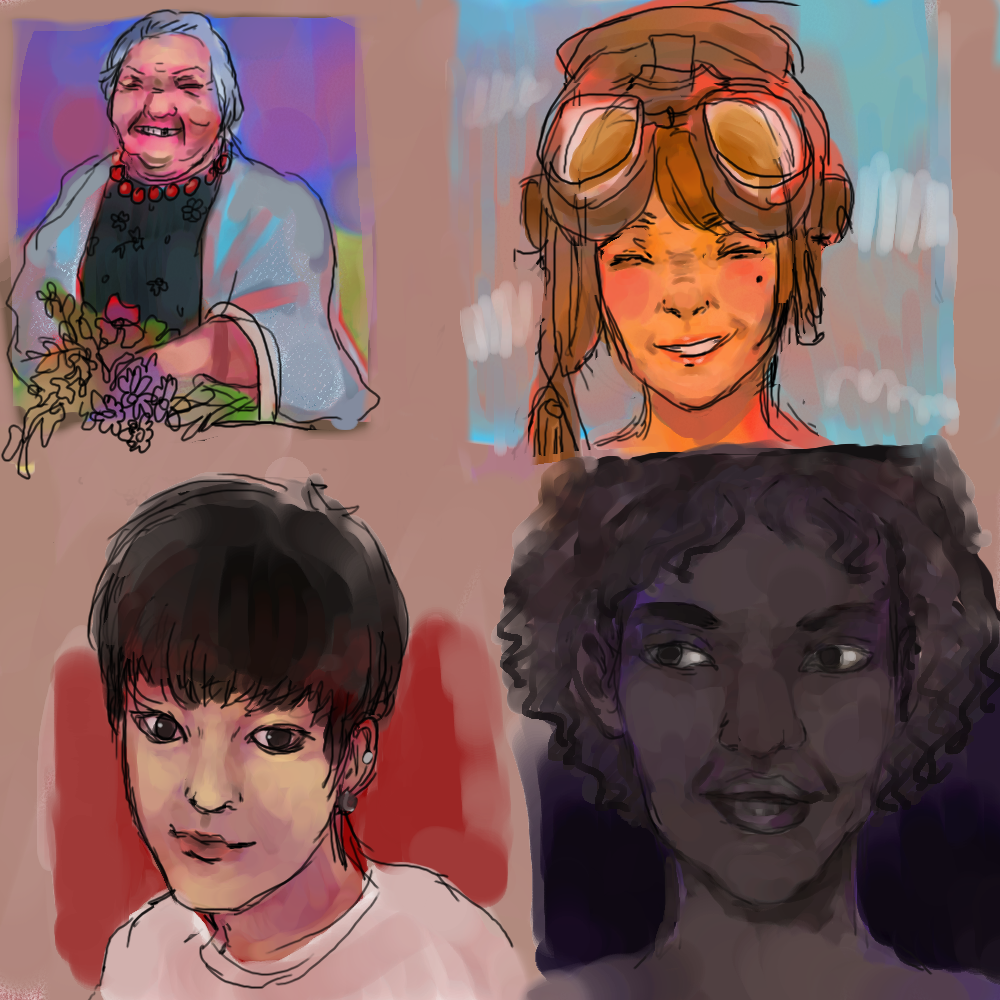 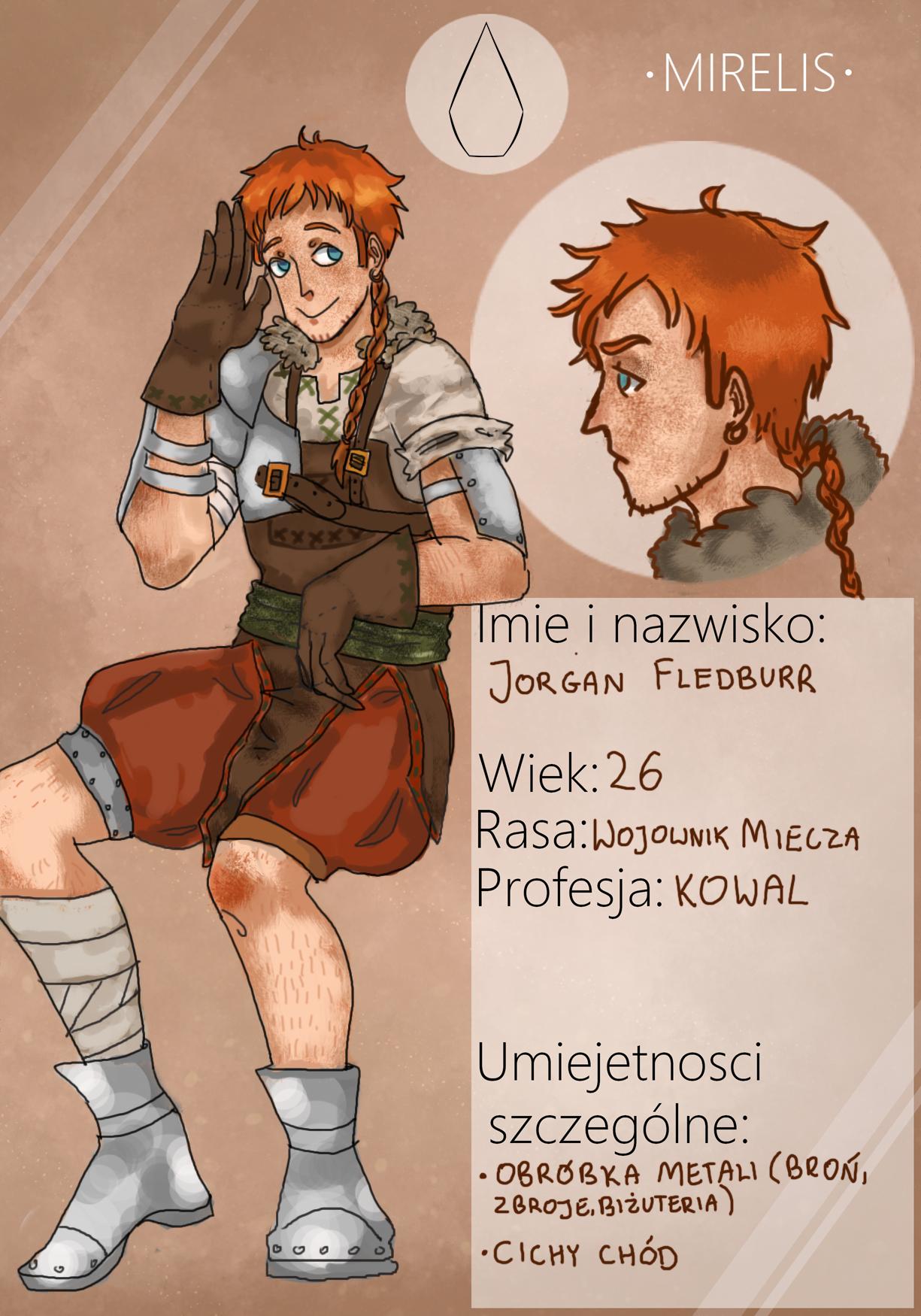 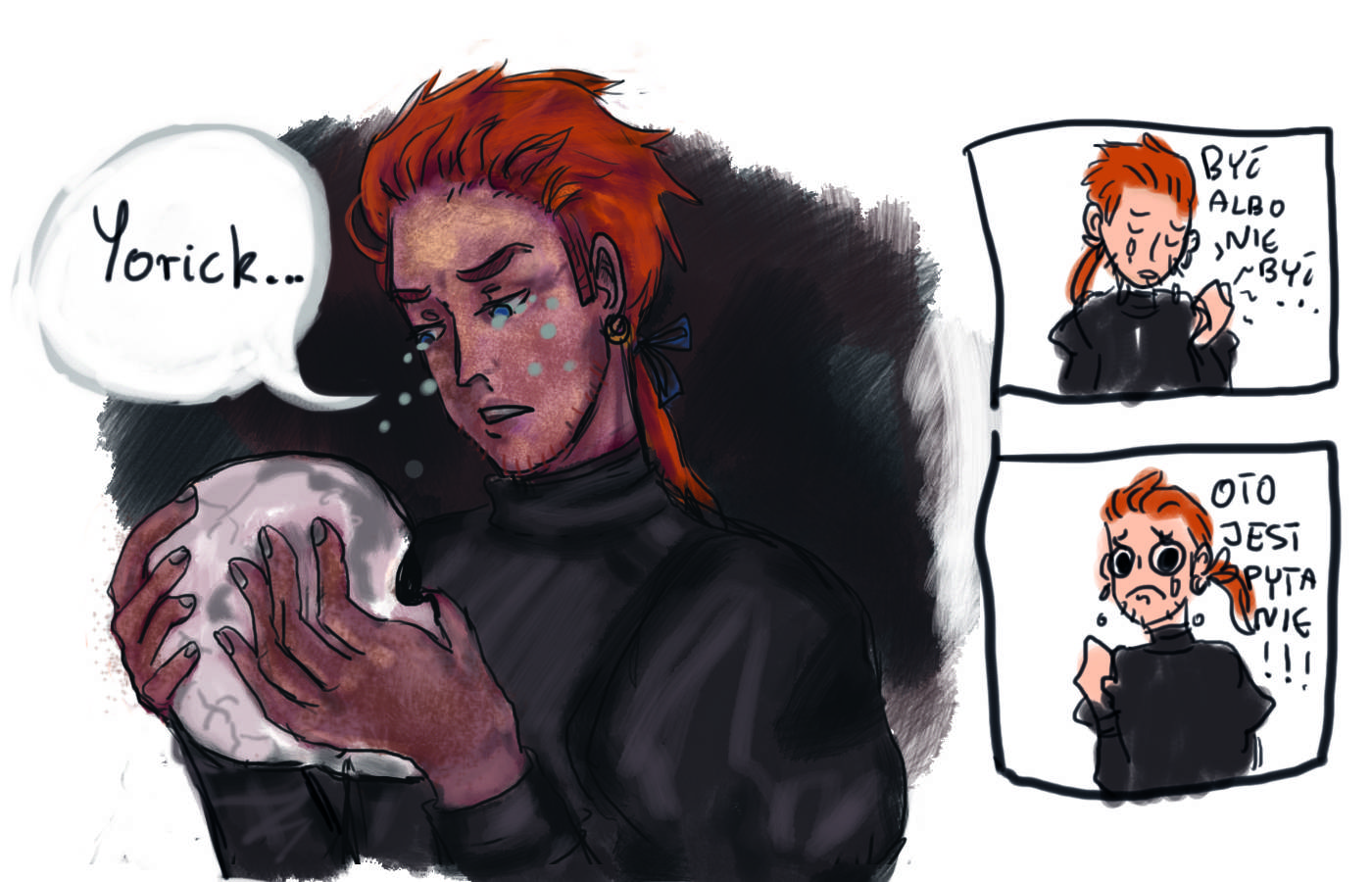 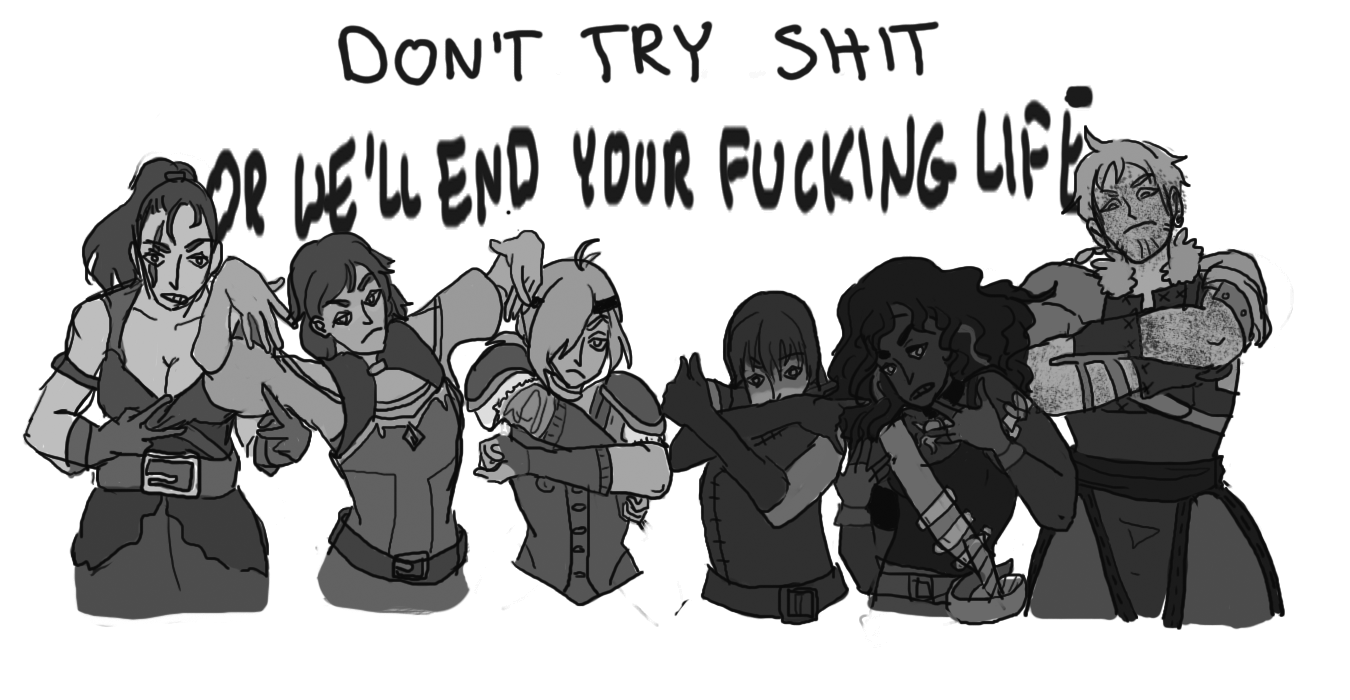